An international team of scientists studying lifespans of wild mammals have found that, just like humans, females tend to live significantly longer than their male counterparts.

The researchers looked at the lifespans of 101 different species, from sheep to elephants, and found that females lived an average of 18% longer than males for more than 60% of the species studies. In humans, females tend to live around 7.8% longer.

The study, led by scientists at University Lyon 1 and published in the journal, Proceedings of the National Academy of Sciences, found this was not due to the sexes aging at different rates but that females had an average lower risk of mortality in adulthood than males.

It was unclear from the data as to why females survive longer than males, however the authors suggest that it could be due to complex interactions between the local environmental conditions and sex-specific costs of reproduction.

Professor Tamás Székely, from the Milner Centre for Evolution at the University of Bath, was one of the authors of the study. He said: ‘We’ve known for a long time that women generally live longer than men, but were surprised to find that the differences in lifespan between the sexes was even more pronounced in wild mammals than in humans.

“This could be either because females are naturally able to live longer, or that female mortality drops compared with males.

“For example, lionesses live at least 50% longer in the wild than male lions. We previously thought this was mostly due to sexual selection — because males fight with each other to overtake a pride and thus have access to females, however our data do not support this. Therefore there must be other, more complex factors at play.

“Female lions live together in a pride, where sisters, mothers and daughters hunt together and look after each other, whereas adult male lions often live alone or with their brother and therefore don’t have the same support network.

“Another possible explanation for the sex difference is that female survival increases when males provide some or all of the parental care. This is also true in birds. Giving birth and caring for young becomes a significant health cost for females and so this cost is reduced if both parents work together to bring up their offspring.”

The researchers plan to compare the data on wild animals with that of captive zoo animals, which do not have to deal with predators or competition for food or mates. This will allow them to measure the extent to which biological differences between the sexes have an effect on life expectancy.

“By affecting males and females differently, harsh environmental conditions such as a high prevalence in pathogens, is likely to cause sex-differences in lifespan.

“Comparing the sex gap in lifespan and aging across several populations of the same species is definitely full of promises,” said Jean-François Lemaître from the National Centre for Scientific Research (University Lyon 1, France) and coordinator of this study.

Previous PostDNA Damage to Breast Cells from chemicals in some cosmetics, sunscreensNext PostAfrica: How Girls’ Education and Safety Will Be Harmed By the COVID Response
0Shares 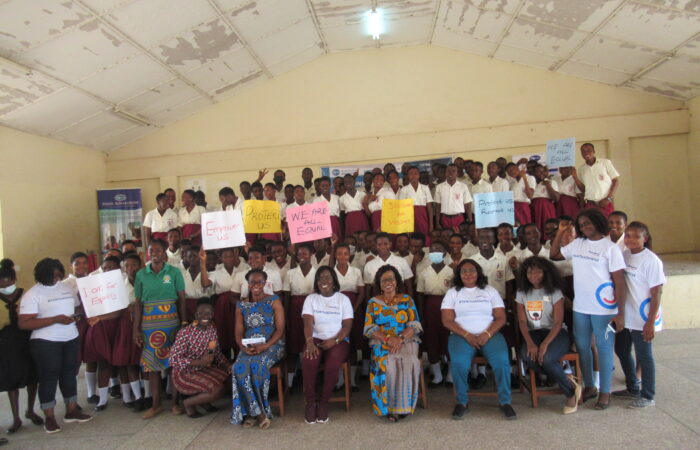 Gender And Leadership Forum Organized For Students At Kpone SHS